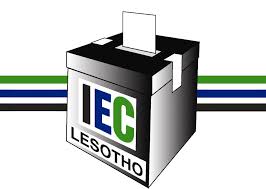 In its partnership with the Independent Electoral Commission (IEC) for dissemination of election
education, the Development for Peace Education (DPE) held a series of workshops on the theme of
“Local Government and the Culture of Peace” covering its allocated councils in the Berea and Leribe
districts. The targets of, and participants in, these initiatives were DPE election educators team
leader, the chiefs and selected secondary schools’ teachers ; as well as regular (political) phone-in
radio talk show callers and opinion shapers of all known radio stations. This was done cognizant of
the fact participation in elections whether local or general / general had stubbornly stayed low
despite multi-pronged, multi-stakeholder efforts to reverse this trend, and there was need to
enthuse largest sections of the population to own their government by participation in its formation
or birth through a popular choice. This in turn would lend the government the necessary integrity in
the face of the various contending interests making demands of either service or protection,
concessions or restrictions from the government. This proposition contrasts starkly with the
obtaining scenarios where the majority of the populace would seem to have taken an “exit” from
the public affairs or matters of the state and governance, and consider these as areas for indulging in
conflict and friction. All involved in these workshops in the end expressed their appreciation of their
ample opportunity, feasibility, and potential ease of reclaiming their citizenship at local level through
participation in local government; where everybody knows everybody in close communities, their
history, connections, and social and antisocial traits, and all categories of achievements –and those
given mandate of running community affairs are easy to monitor, advise or censure. Holding people
thus elected accountable, it was agreed, would ultimately eliminate frequently occurring conflicts,
and reproduce the culture of peace for which Basotho were known from the times of Moshoeshoe. 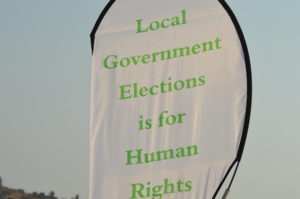 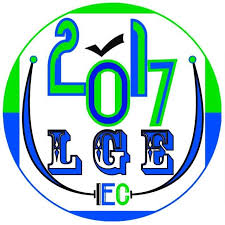 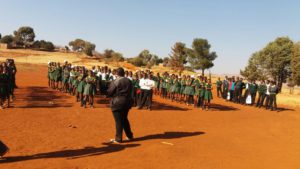 The culture of peace was defined as avoidance of avoidance of violence in all its forms and
manifestations, and elimination of conflict by tackling the root causes, not merely its occurrence.
The various forms of violation were canvassed, including physical, gender, cultural, political,
economic; together with their contextualisation and justification and the challenges of the changing
times and social structure. The eminent elements of the culture of peace enumerated as (1)
tolerance as opposed to confrontation; (2) equality of all persons regardless of their state of ability,
gender, economic and other status; (3) cooperation and understanding instead of conflict; (4)seeking
of friendship and partnership as opposed to creation of enemies; (5)harmonious co-existence with
nature instead of its selfish exploitation; (6) respect for human rights in contrast to wanton disregard
of such rights; (7)peaceful resolution of conflicts through dialogue instead of resort to war; (8)
participatory democratic governance as opposed to dictatorship and unaccountable rule.
Members of each of these categories were briefed on their specific importance for which they were
included in the activity, and the instrumentality of their role in promoting participation in local
government (elections) as a vehicle for building local peace. From the outset the regular-caller
“opinion leaders” were excited to get to know one another through meeting physically, hailing from

the different districts of the country. They included both men (in majority) and women. They said
this fact alone created or added to an urge of mutual accommodation and acceptance of one
another as “rivals” followed by sizeable communities of loyal listeners of competing political
identities / parties and independents. Many of them were not meeting for the first time, since the
organisers had employed the stratagem of bringing them together in this fashion in its two previous
campaigns of public awareness and opinion survey activities under the tags of “The Government I
want” (started in August 2015), and “The Lesotho I Want” (started in January 2016). They were
urged to regularise the need for participation in local elections in their public-debate interventions
through radio, and preach the philosophy of tolerance; building upon the budding culture where as
participants in this callers’ forum had begun to wear their different (political) identities without
being enslaved by them as instruments of animosity and conflict. They pledged to uphold the
culture of peace in popularising their various parties’ platforms and highlighting the importance of
local participation. The teachers and their schools were chosen as partners in a voter turnout drive
through competitions for pupil to get their parents and guardians to votes, prize debates on
importance of local government; and for their universally recognised role as sagents of socialisation
– in that behalf capable of planting lasting messages on impressionable minds, hence the importance
of having them on the peace culture train. The chiefs were included for their role as traditional
authorities and in that capacity the first peace officers in terms of national administration norms and
law, and for their non-partisan, unifying as permanently present mediators of community relations
at various levels and in various forms. While teachers protested that they were not allowed to take
part in party politics whereas they were expected to teach about it, the chiefs often complained that
their respectability in community, and some said even said in the eye of the ministerial authorities,
had faded or declined since the arrival of local government as it was tacitly taken to replace them.
For their part, the chiefs were motivated with a reward for a chief whose Electoral Division scored
the highest rate of voter turnout. The sessions were accompanied by drama performances
highlighting local government resourcing, integrity, and efficiency. 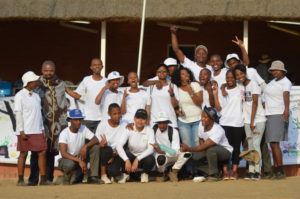 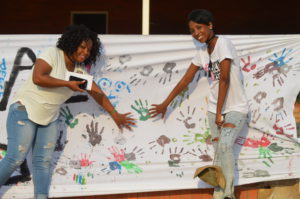 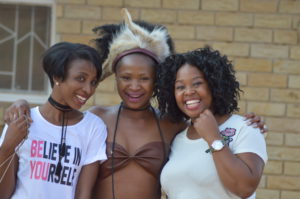 These working gatherings brought out the ever-present disaffection with the continuing
powerlessness of the people’s elected councils, their resource starvation, friction between the
traditional authorities and the elected representatives, the councils and the central government, the
imposition of anti-people candidates by the main political parties, and the self-willed nature of
councillors; the use of councillor status for self-aggrandisement including abuse and desertion of
communities – where some councillors actually outmigrated to places more in keeping with their
new status. An exciting redefinition of the relationship of these tiers and categories that emerged
from the callers’ forum was that the councillor should be viewed as a developer (montlafatsi), the
chief as the ruler (mobusi) and the Government as benefactor (mofani oa matlotlo) – where the
Government is obligated by call of duty and national accountability to enable local communities
control over their resources and monetary wherewithal to exploit them according to their own
named priorities, the elected representatives see to the welfare of community, and traditional
authorities maintain peace and resolve conflicts. It was maintained that if each of these three
“drivers” stayed in their lane as defined, there would not be any of the frequently named collisions.
The interlocutors strongly felt that if the national parties did not impose their grand conflicts on the
choice of local candidates, the local populace had a history of fellow feeling, mutual sympathy, and
sharing that ensured solidarity and resilience to regular crises – and their choices of personalities to
manage their affairs was always based only on proven mettle of honesty in community affairs. A
case was mentioned of main ruling party candidate who was eminently known to have led “anti-
people” capturing of local facilities like the bus and taxi terminus, informal traders’ “mall” and
district football ground in Leribe, whose prospective election was likely to lead to a dysfunctional
council as the local community with its vendors’ association and other community organisations

were already preparing for a grand show-down with him/her. It was vehemently voiced that the
anticipated reforms should perhaps also seek a national consensus that local elections should not
field party candidates, because they were imposed and the party members were voting only to their
headquarters directives. Not only did party councillors see themselves as answering first to their
parties, but when parliamentarians became ministers, they abused their powers to hijack / divert
locally dedicated resource, materials and equipment to their own localities, e.g infrastructure and
utilities installations. At another level the district councils, which are supposed to be apex and fusion
of all expressions of self-government at the local level, were cited as often spending monies on its
own priorities at the expense of the local councils’ priorities. Resource starvation leading to
tokenisation of the councils, campaign lies and unfulfilled promises, unresponsiveness of the
councils; nepotism and favouritism in recruitment and opportunities like bursaries, etc. were
depressing local government spirit in communities and needed rooting out.
The chiefs’ forums threw up broadly the same concerns, while highlighting how local government
could be turned into an opportunity for tackling these challenges. It was noted that sadly the
inception or return of local government (the first such form of government goes back to colonial
times in 1960) under the country’s “second democracy” in 1997 took place under a canopy of
intense political conflicts (which could only express itself most tragically in 1998), and it was widely
touted by the rulers as a replacement of an imposed” hereditary rule of the chiefs with rule by
elected people’s representatives and consolidation of democracy. The friction that followed led to
intra-council tensions and clashes between the chiefs and the councils; which were diffused with a
deliberate intervention of the NGOS to provide training on the functions of the councils, roles of
elected and traditional authorities thereon, and conflict management techniques.it was felt the
politicisation of local government since the introduction of political parties as council contestants (as
opposed to the Development Councils of the Military Council and early Basutoland Congress Party
(BCP) rule) was responsible for bitter relations with the chiefs. The chiefs contended that that while
local government had taken away from them their means of supplementing their upkeep through
control of local resources, it had also left them still substantially responsible for community welfare
as the council didn’t exercise real powers nor had their own budgets. The chiefs therefore deserved
equal remuneration with the councillors, whose higher emoluments supposedly made them look
down on the former. They felt, however that councillors couldn’t be given more powers over the
community since they were only seasonal while chiefs were permanent by birth right. They,
however, said while the areas of responsibility sometimes conflicted – supposedly as a result of the
ministers who were ignorant about or incompletely committed to, the full essence of government-
the functions of councillors were developments, while chiefs were overseers of community affairs /
welfare, protectors of the law and punishment of deviants threatening such developments and local
tranquility. 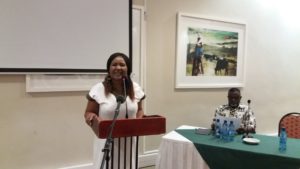 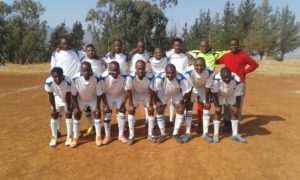 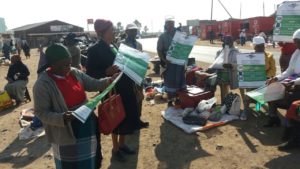 The gatherings were group-tasked to deliberate on the eight (8) indices, and return collective
wisdom to the plenary; whereat they mostly tended towards the four areas of (a) equality of all
persons regardless of their state of ability, gender, economic and other status; (b) cooperation and
understanding instead of conflict; (c) respect for human rights in contrast to wanton disregard of
such rights; (d) peaceful resolution of conflicts through dialogue instead of resort to war. The
returned reports evinced a confident and creative application of the vehicle of local government to
establish and sustain a culture of peace. It was emphasised that these principles should inform first
and foremost the resolution of long-simmering conflicts between chiefs and elected councillors in
the course of conduct of local governance – whereat was noted some parties ideologies were
grounded on whittling chiefly power or eliminating the institution in the name of democracy;
whereas the first priority should at all times be to avoid occurrence of such conflict. Local
government should entail truth, transparency in selection of projects, award opportunities, jobs. It
should involve effective communication, no domination of demagogues over the “common folk”;
clear rules for conduct of business and regulations, and unambiguous specification of tasks of

councillors, and penalties for deviation. The language(ing) of development in daily interaction and
business should shift away from the usage of derogatory nouns that demean social groups by their
characteristics.