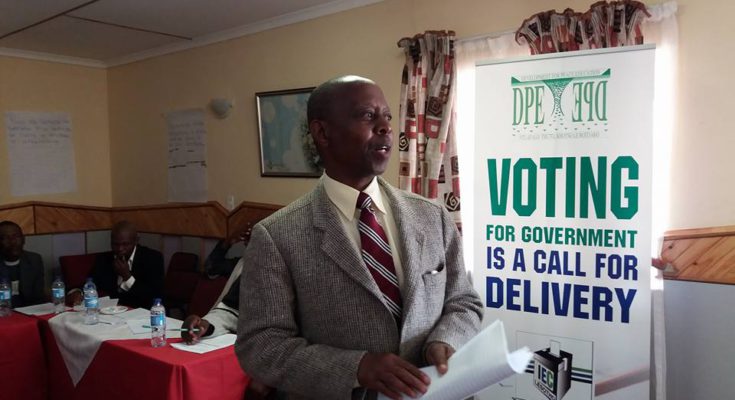 In her opening remarks DPE researcher who headed the workshop Mrs. Mabataung Secker said DPE is working in partnership with the Independent Electoral Commission(IEC) to carry out civic education campaign and this time the organisation decide to engage chiefs as leaders who have persuasive ways to encourage their people to vote in
this coming local government elections. Secker said it is important for DPE to educate chiefs about the importance of elections so that in their public gatherings they are able to encourage their people to vote
in large numbers to promote democratic participation thus enhancing local development. 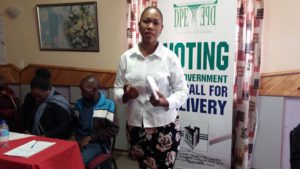 Dr. Khauhelo Ralitapole, a renowned woman veteran politician who was part of the government that pioneered the local government election in 2005 was a guest of honour. She said local government was intended to promote decentralisation of power and resources to the people. However since inception there has not been notable
progress in terms of decentralising policies and laws that regulate the intended purpose. 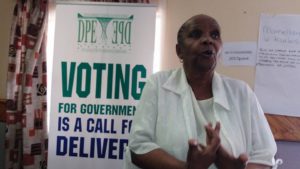 Ralitapole said the current regime needs to strategise and implement policies and programs that will maximise collaboration between chiefs and the elected representatives.

Majority of chiefs indicated that local governance has not brought any positive change but has instead has ripped chiefs off their responsibilities in leading their people. 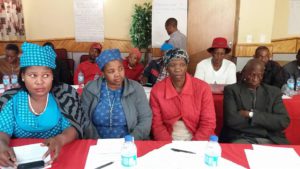 They said councillors have ambushed their roles in their societies and glorified with monthly salaries while they are the ones who hold the iron rot in their villages. However, chiefs redefined their role in ensuring that local government is used as a platform for promoting the culture of peace. Among the eight principles of the culture of peace, chiefs saw resolution of conflicts through dialogue, free flow of information and communication as well as sustainable development was the most favoured.