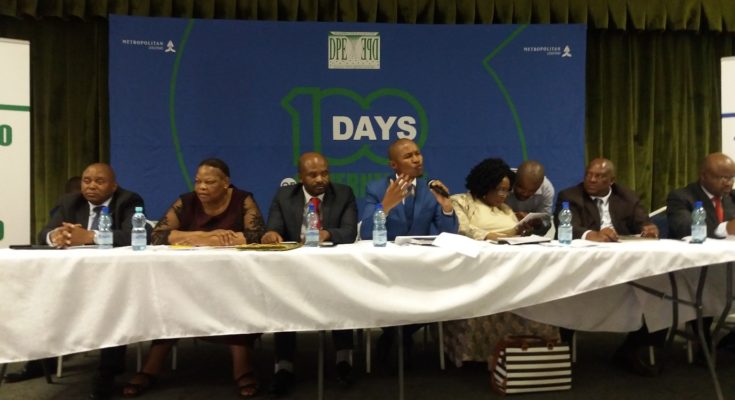 12 of the expected 14 Ministers had dialogue with various sectors of society in a session organised by Development for Peace Education (DPE) to mark the end of the first 100 Days of government in office. The dialogue had youth component and the sectors-ministers engagement.  Swelithini Matsoso speaking for the youth called on government to set up youth entrepreneual fund to support innovation among youth across the board. “Though often reference is made on the inability of our economy to absorb graduates, there are many youth with ideas to produce and employ others who have never been to the tertiary yet they too need consideration” said highly spirited Matsoso. This was corroborated by her sister Mpho Molise who argued that unless youth potential and enthusiasm to try things is tapped and harnessed into development it would certainly turn into a danger. Ministers of Public Service, Gender, Youth, Sports and Recreational, Small Business Development, Cooperatives and Marketing responded to the youth concerns and made promises that youth believe would go a long way in developing the country if implemented. Youth rised in applause when the Minister of Public Service said Recruitment & Placement policy has been reviewed and it would be managed openly and transparently thus making the habitual practice of making some jump que impossible.  Youth Minister agreed with the youth on the need for youth fund but cautioned that it shall concentrate on helping youth start and run on their own.  Equally impressive to the youth was the Minster of Small Business Development.  Generally young people find government lip service as a serious political turn off. It is up to the Ministers to reverse this perception. 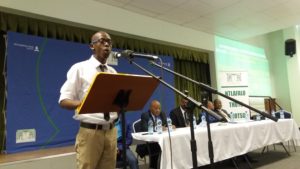 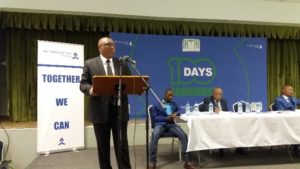 In the sectoral session a team of eight ministers exchanged views with different sectors of society inclusive of but not limited to Farmers, Women, Youth, Senior Citizens, PLWDs, Transport Sector, Small Traders, LGBTIs, Business, Pottery and Arts, Sports, Media, Academia. While on the other hand Ministries showed up include Public Service, Labour, Local Government and Chieftainship, Agriculture and food security, Small Business Development, Cooperatives and Marketing, Gender, Youth, Sports and Recreational, Development Planning, Social Development, Communications, Science and Technology. Besides turn up sectors were impressed by the positivity in the ministers’ responses.  It appears that the long standing dairy farmers’ challenge would be addressed as the minister appreciates the farmers call. Labour movement issues on the hierarchy of labour dispute settlement is seen by minister as legitimate.  For Senior Citizens nkhono Motšelisi Phamotse said “make it a written implementable policy that senior citizen be given priority in service centres”.  The Ministry of Public Works and Transport did not show up and Lebohang Moea of the MRTO said this is the painful attitude of the Minister and his Deputy that they are dealing with. “It is a norm that minister and his deputy snub platforms for dialogue yet we have serious issues to be resolved by the ministries” said agitated taxi industry PRO. 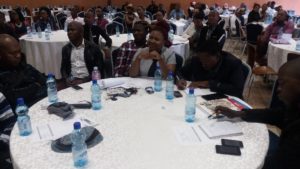 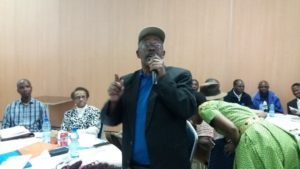 This event was organised in collaboration with the Ministry of Public Service was a civil society led initiative celebrating  Public Service Day, on the 20th November 2017, at Victory Hall Maseru. Prior to the 100 Days dialogue, sectoral issues were developed and submitted to relevant Ministries to research for positive response. Platform were given to each sector to present their issues, as a result Ministers responded to issues tabled before their Ministries including those whose Ministers did not show up. Further, the RT HON. Prime Minister DR Motsoahae Thabane was expected to be present to give overview of the government on the issues discussed.  In absence of the RT HON. Prime Minister the Minister of Labour and Employment as one of leaders formed 4×4 coalition government acted on his behalf made overview of Government

In general, the two sessions were successful with representation of 12 Ministers of the 14 expected. This occasion was honoured by the presence of Minister in the Prime Minister’s Office, the Deputy Speaker of the National Assembly, Government officials, Civil Society and various sectors of society. 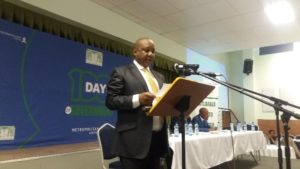 On behalf of the RT Hon. Prime Minister, Minister of Labour and Employment stated that the 4×4 coalition government intension is to work on the reform processes. She acknowledged the initiative of DPE in its platforms between citizens and government for responsive service delivery and accountability.  Relebohile Senyane, National Animator at DPE thanked Metropolitan Lesotho for supporting this initiative technically and financially.  Further she said that the organisation shall use Public Financial Management and Accountability Act to keep this dialogue on going but with more and direct involvement of parliament to ensure accountability.