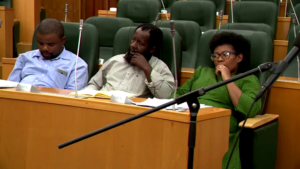 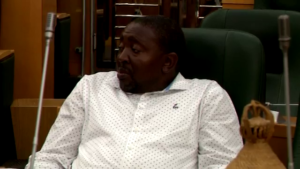 As some of the steps to kick start Legal Reform Process in Lesotho, the Development for Peace Education (DPE) has on Friday 25th January, 2018 proposed to Parliament Portfolio Committee on the Law and Public Safety Cluster amendments to the National Reforms Commission Bill, 2018.

Starting from objectives of the bill, duration of the commission, its composition and functions to establishment of its secretariat, DPE proposed clearly defined amendments.

Whereas the bill’s objectives are outlined in eight bullets that largely talk of strengthening of state institutions ranging from Parliament, Judicial, Independent Electoral Commission, Ombudsman, Human Rights Commission to Public Service to ensure good governance, the rule of law, peace and stability, and national security, DPE proposes deletion of the lot with a concise three bullet objective that reads;

“To establish a Reform Commission to;

With regard to the proposed commission duration, DPE argues that the suggested 18 months is not justifiable and contradicts Roadmap which envisages that reforms mechanism shall be a result of dialogue, hence the organisation proposed 36 months.

Represented by Sofonea Shale, Lemohang Molibeli, Mosala Mokutlulu all emplyees and Thato Ramokotjo friend of the organisation DPE slammed the commission’s composition as being overloaded with legal profession. It argues that the commission should be about citizens on how their country should be ruled.  Therefore the organisation proposes an inclusive independent multi-layered gender balanced structure with chairperson being a person of integrity with necessary administrative capabilities deputised by two people who are commissioned through open and professional recruitment.

Regarding the commission’s functions, DPE argues that as it stands the commission has supremacy over citizen voices and the process is scanty on the manner in which citizens voice shall feature in the deliberations. As a result the organisation proposes an amendment that included establishment of technical team to among others provide an overview of the situation and brief analysis of challenges in each of the proposed areas of reforms namely: constitution, parliament, judiciary, media, public and security sectors. DPE further proposed that the commission should be empowered to  invite submission of proposals from the public in various forms and devise mechanism through which public submissions would made orally at the public hearings, written submission delivered to designated areas and or through social and conventional media .

Lastly where the bill proposes hiring of a chief executive to be by appointment by the Public Service Commission on recommendation of the minister, DPE submits that the bill should be changed and read as follows;

The organisation feels strongly Government of Lesotho erred when it unilaterally introduced the Bill in parliament. According to the organisation, the Bill should have come as a result of multistakeholder dialogue agreed upon before elections by all parties. DPE calls upon the committee to prevail over government and cause the Bill to be deferred until multistakeholder dialogue would have been convened and ideas collected to inform a reforms mechanism.

Two weeks before the submission DPE successfully petitioned parliament in a bid to prevent this Bill from swiftly passing in parliament without being subjected to the portfolio committee. Thanks to the high level constructive engagement advocacy strategy of the peace organisation premised on the non-violent activism.