The Secretary General of the Southern African People’s Solidarity Network (SAPSN) and also the coordinator of Development for Peace Education Mr. Sofonea Shale led a march to handover the communiqué compiled during the peoples summit to the incoming chair of SADC and President of the Republic of Namibia on Friday the 17th August 2018 in Windhoek Namibia.

When addressing multitudes gathered at Windhoek Show grounds about the contents of the communiqué to the SADC Heads of state and government Shale said the Southern African People’s Solidarity Network does not want to be asked by SADC leaders whom they are representing that is why the people who represent all SADC countries shall engage in a peaceful march to hand in the communiqué themselves.

In his solidarity speech on behalf of Lesotho the coordinator of  Survivors of Lesotho Dams Mr. Lenka Thamae explained that Lesotho is faced with multiple challenges mainly perennial corruption with statistics showing that Lesotho loses 1.2 billion Maloti to corruption and the biggest issue being rampant violation of human rights that results in good governance being under attack.

He said Lesotho is now going to among other things reform civil service, security sector, constitution reforms and Basotho will not rest until human rights have been

Meanwhile Development for Peace Education collaborated with Lesotho Council of Non-governmental Organizations, Transformation Resource Center and the widow of the former Lesotho Defense Force Commander Mrs. Mamphanya Mahao to give a presentation on the state of democracy, governance and human rights in Lesotho.

Among rampant factors that emanated during the solidarity messages included mostly corruption, violation of human rights, high rate of youth unemployment, lack of commitment by most SADC countries to allocate adequate resources to the public services sectors such as education, health and social protection, alarmingly high rate of child marriages in the SADC region with 39% of girls marrying before the age of 18, lack of freedom of movement of people in the SADC region etc.

Development for Peace Education is host of SAPSN Secretariat until a model on the permanent secretariat has been agreed and it is a national focal point for this regional network. It will coordinate SAPSN activities at the national level and lead the Lesotho delegation to the people’s summit in Tanzania next year. 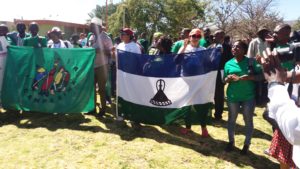 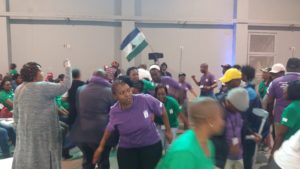 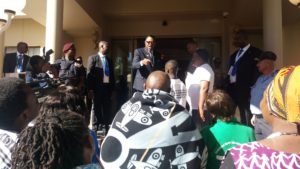 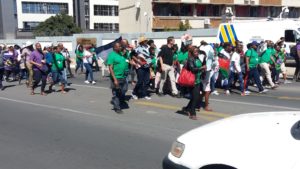