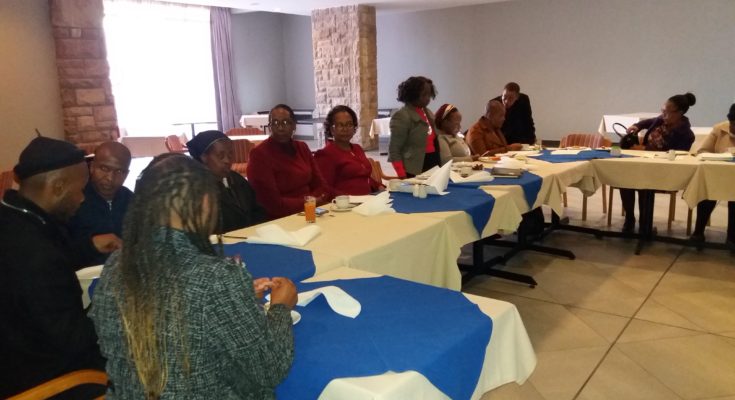 On Thursday, the 6th August 2018, Development for Peace Education (DPE) met together with teachers’ representatives from three different teachers’ unions and the Lesotho Principals Association. The objective of the meeting was primarily to find a way of addressing school conflict that has now been reported at more than ten different schools. DPE reported that the objective of the meeting was to find strategies for undermining violence in schools and restoring relationships between students, teachers and the administration because the worry is that violence will extend to even more schools and therefore be difficult to deal with later; but also to get an understanding from the teachers’ unions of the depth of the disagreement between teachers and the Ministry of Education.

The teachers reported that most of the school violence has been in schools in the districts of Berea, Leribe and Mafeteng. They also said that in some of the schools, students have acted violently even though there was no clear cause or even as teachers continued to be in the class teaching. In fact, there was agreement that some of the students acted violently because they did not want to be engaged while other students are not being taught and free to spend their day as they like. At the time, it was reported that schools that had experienced violent students behaviour or acts of teacher intimidation included the following:

The teachers reported that in one incident of school violence a teacher was left with a broken arm, while in another incident a parent who was visiting the school was also attacked. The teachers also said that there is not yet a direct relationship between the school violence and the teachers’ strike because in most of these incidents students are raising issues from a long time in the past. The teachers’ also said there is a possibility that most of the students have been incited into violence, but  the meeting decided not to look at the causes of violence but rather to address it and limit its spread.