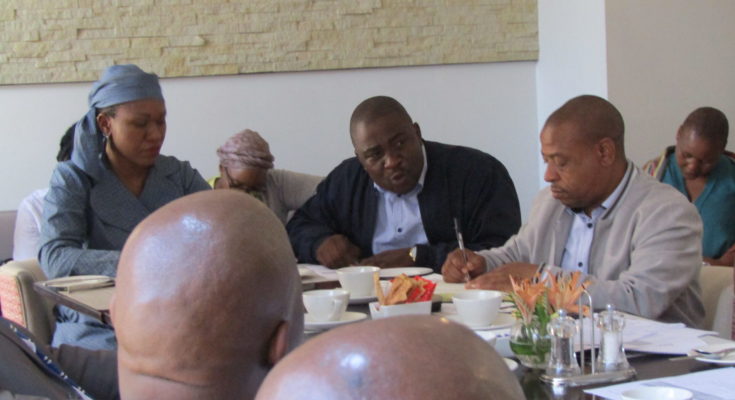 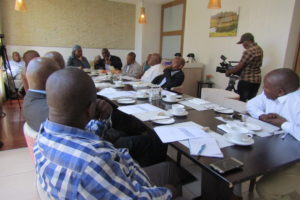 and Economic Offences, Ministry of Police and Public Safety, Police, Ombudsman and the Director of Public Prosecutions to popularise accountability beyond adoption of PAC report by Parliament. This was transpired at the breakfast meeting held at Mpilo Boutique on the 13th March 2019.

DPE proposed partnership to the institutions to take both the Auditor General’s findings and the report of the Public Accounts Committee to the people for wider sharing and popular monitoring on the implementation of recommendations. This is to inculcate the citizens’ demand on accountability of various stakeholders charged with responsibility of taking forward the findings of Auditor General and recommendations of the PAC. The Peace Education Researcher, ‘Mabataung Secker stated that concern over both reports has been on-going since there has been limited intervention to bring suspects to the courts of law, as per the recommendations of both institutions. She said that in response to the public interest and outcry DPE takes up these issues in partnership with the invited institutions. Secker shared with participants that DPE is interested in the reports to inform the public debates, promote citizen-policy- maker interaction and arouse interests in all citizens to have keen interest in seeing cases taken to courts of laws. 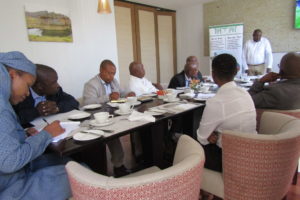 DPE Coordinator Sofonea Shale said that the work that DPE is doing is complementary to what the offices of the Auditor General and the PAC are striving to achieve which is accountability. After tabling of the issue for discussion, Acting Director of the DCEO Mr. Sefako Seema, the Deputy Commissioner of the Police responsible for investigations, Mr. Paseka Mokete and the Director of Public Prosecutions Ms. Hlalefang Motinyane, all agreed on the merit of the proposal with the Acting Director of the DCEO proposing that the partnership be guided by a memorandum of understanding set parameters for all the partners, especially on the issue of information sharing.

The chairperson of the Public Accounts Committee, the Hon Selibe Mochoboroane MP appreciated the purpose of this partnership especially on advocacy towards the desired end which is accountability and giving assurance to citizens that there is progress on prosecuting officers involved in corruption and other fraudulent activities. The MOU shall be drawn ahead of April feedback meeting that will adopt the draft and set a date for a multi-stakeholder platform for dialogue on how to move beyond adoption of PAC report by parliament.