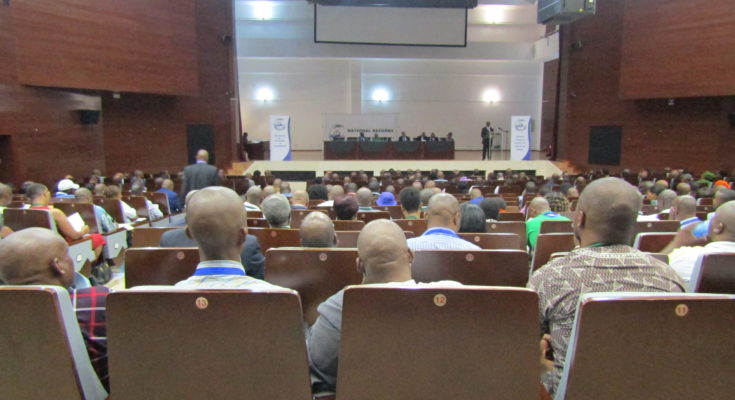 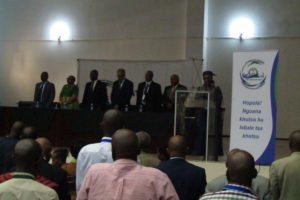 A supplementary sitting of the First Plenary of the Multi-stakeholder National Dialogue (MSND)  convened in Maseru on Thursday 21st February 2019 by National Dialogue Planning Committee charged with completing preparatory task preceding in-district dialogues, adopted the guidelines as per the prescriptions of the National Reforms Dialogue Act, 2018 in sections 11(1) (f) and 11(1) (g) amidst diverse perspectives. The views expressed by stakeholders included that it would have been desirable that choosing implementing partner was transparently done to ensure objectivity, that content of the instrument to be used in soliciting views should not be exclusive to the NDPC and the implementing partner, that young people should be included in the In-district consultations and the concern that Plenary I report could have been provided earlier.

The NDPC co-chair Mr Chaka Ntsane indicated that the report was only for information but due to discussion in the plenary II.  He further indicated that LCN was compared to other organisations and it was found to be the best suited.  Speaking at the same occasion, DPE Coordinator applauded the NDPC for the well-defined guidelines for consultations but warned that reforms body to separate monitoring tool from an instrument that would enable Basotho to express their views which he said would not be realistically done at that forum of that size. He suggested that such a task be left to be developed by the implementing partner which may thereafter sound with either NDPC or National Leaders Forum. He also proposed that the Plenary I report be adopted as a working document so that it could be used to inform the instrument that would be used to enable Basotho during consultations to relate to Plenary I.  Shale also suggested that consultations be broadened beyond In-district consultations to include sectoral consultations, own initiative consultations and sponsored media time. In response the Chair of Facilitation Team Justice Dikgang Moseneke said that the proposals made by DPE Coordinator were in order and some of them may be refined by close talking between DPE and other people with views of improvement on the one hand and NDPC on the other. 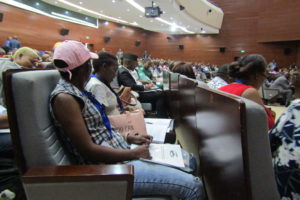 The March-April will see ordinary Basotho getting platform to inform the much touted national reforms. For Development for Peace Education (DPE) this is a half decade dream come true. As far back as 2014, post the New-Zealand study tour on ‘managing stable coalition government’ , DPE began to canvass for need for reforms, and throughout carried campaigns that sought to bring about inclusive, participatory, non-elitist and people driven reforms. As the current national reforms agenda broadens by inviting community voices, it is one step closer to where DPE has always envisaged getting at.

A seven thematic reform agenda has been on the national discourse since last year, with which a new dispensation of “The Lesotho We Want” will be conceptualised. On 26th to 28th November 2018 the country held the First Plenary of the Multi-stakeholder National Dialogue (MSND), as the first bold step in the implementation of the National Framework and Roadmap of Dialogue and Reforms for National Transformation. This historic gathering brought under one roof roughly six hundred delegates from almost twenty sectors of society, to tease out sources of, and deliberate on the solutions to, a continuum of problems that have dodged the country over the past many years. The candid, unrestrained exchanges of opinion covered some seven thematic areas of the constitution, parliament, the Judiciary, security agencies, the public service, the media and the economy.  DPE is happy to see its tireless shuttle between leaders in exile and government of Lesotho bearing fruits. This credit does not go to DPE alone but the Lesotho Council of NGOs whose presence in this task marked presence of the whole civil society sector.