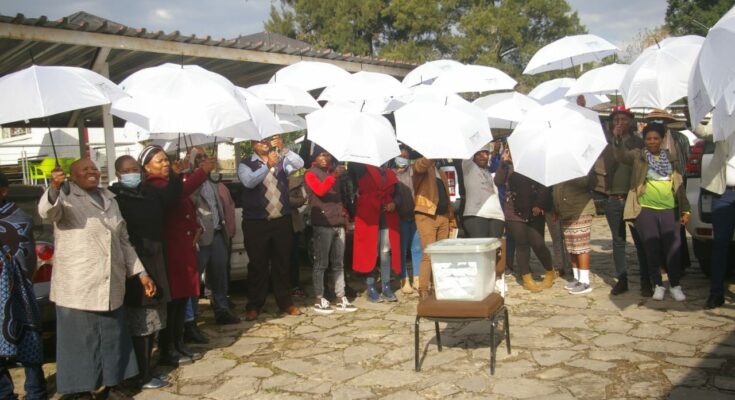 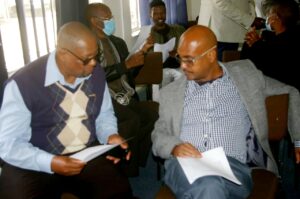 The call to build peace made by the United Nations Secretary General, António Guterres on the International Day of Peace was well received in Lesotho. Reading the statement, the UN -Lesotho Peace and Development Specialist Ephrem Tedesse, said that racism is inhuman and can destroy world peace.  He said that the UN Sec General calls on all the people of the world to work for peace. This message was well received in Lesotho as the DPE National Animator elaborated on the Prayer of Peace.

Reverend Father Tšepo Mosoeu said that St Francis of Assisi sends a very powerful message of hope to the world’s citizens. He said that by praying for one’s self, St Francis was calling for peace because it starts from within. He told peace celebrants in Lesotho that at DPE, the prayer of peace by St Francis is the key, “ We start work with it…” He said.

Development for peace Education as a pioneer and leading organization of Peace initiatives in the country took a lead in the celebration of International Peace Day. This celebration took place in Maseru on the 21st of September 2022 where people gathered to hear the message of the UN Secretary and media organizations from newspapers, radio and television broadcasting.

The celebration was introduced by observing the moment of silence for those countries in the work that are in violence and the loss of life from wars, civil unrest, or other forms of violent conflict. 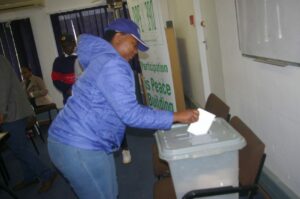 Since Lesotho is heading for elections on October 7th 2022, the event was linked with symbolic voting among eight principles of the culture of peace. The queue for voting, and the reflection on the DPE electoral education activities to mobilize voters to rise and vote reached climax, when all chanted peace slogans and opened their umbrellas of the culture of peace. The outcome showed that 28 Percent of voters prefer tolerance as the key to Lesotho’s political development.

Participants were happy for the event, and they requested DPE and UNDP to do more in mobilizing voters during elections using the culture of peace. “This should be done well in time, maybe immediately when parliament is dissolved…” said one Mr Malebla-leba Masiphole.